What is the new normal?

"What is the new normal?" was a question that I posed to our core senior management team, of which I am a senior member.


The jaws of the members of the team dropped, stunned by the power of the query.

Yet I should have known better. Chief Nerd Comrade Carl Marks jumped to his feet, whilst nearly foaming at the mouth. "Great question, baby", as he motioned to me to sit down and picked up his megaphone.

Carl continued, "we are entering into the age of autonomy. Every Sanjay, Matan and Hsu are working from home, far away from the claws of HR and other policing functions. The nerds are self controlling; R&D Engineering is self controlling. We are now writing pure code, detached from the needs concocted by Sales or by finicky clients. We are self governing. That is the new normal. If anyone does not like it, they can stuff it. Spasiba."

"Jesus, Carl, I don't fucking like it, said CEO Stan. "And you won't like it if I fire you, you weirdo. You and your damned eccentricities! The board thinks I'm a moron for not firing you. They think you work for our competitors."

I sent an sms to CEO Stan to remind that that the Board is chaired by Boris Shostakovitch who studied in Russia with Comrade Carl. Stan winked at me and whispered, "thanks, I forgot ".

Comrade Carl looked Stan straight in the eye and said, "Boss, you are the one that loves America. The federal government, that's you, and the state, that me, always have had conflicts of interests. You are running after the dollar, and I am pursuing perfection. That's ideal. "Don't you agree, Gloria", he said, turning his head to me.

I had been texting my sister and had lost the drift of the conversation. Intuitively I replied, "that's the new normal, is it not?"

CEO Stan starred into the abyss, and he dismissed the meeting. 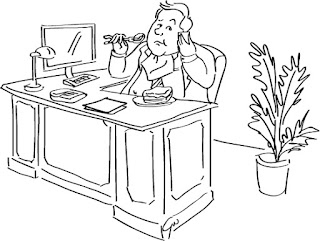 May First Celebrations and the HR Lady

Herd Immunity for Software Product Bugs and Craving for Salaries


Comrade Carl Marks, our chief nerd, suggested today in our Core Team Management Meaning conducted by Zoom, that the corona virus presents an opportunity to develop herd immunity for clients which have purchased “products with certain childhood illnesses, like the common cold”.

CEO Stan, whose ranting wife could be heard in the background because Stan had urinated without putting up the toilet seat, asked Carl “what the fuck do you mean, Comrade Carl”?

The comrade presented us with warm data, big data and mid-sized data. “If 32% of our clients use our software without complaining, than the rest of the market will develop herd immunity and thus, many of our bugs will be re-positioned as strategic assets”.
Comrade Carl added, “I have a Russian friend who can plan and execute  this entire process; in the past, he worked a Deception Engineer for the Russian Ministry of Railway and Bridges.”

CEO Stan texted me, asking me if Carl’s medications are balanced. I replied to the affirmative, emphasizing that Xanax has been added to “balance the Comrades’ mood swings”. Stan told me to “switch his shrink, for Christs’ sake; Carl is as nutty as a fruit cake”.

Comrade Carl continued. “Herd immunity is a strategic asset for firms with cutting edge software. That’s clear for anyone with half a brain.” Stan retorted, “Carl, treat your colleagues with respect, or I’ll deport you to Russia. Behave”.

Stan stole the term “behave” from me, but I won’t quibble.

After the meeting, Stan called me on Whatsapp. A huge jar of Preparation H was open on a table next to his chair, and he appeared uncomfortable sitting down.  “Gloria, develop a plan for herd immunity to the need for salaries. Pronto. Shake a leg”.

Stan also stole the expression “shake a leg” from me.

Tele-medicine and my career One of the better achievements from the corona period was the introduction of tele-medicine policy for o... 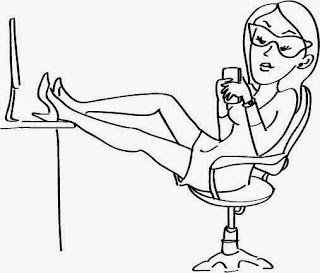